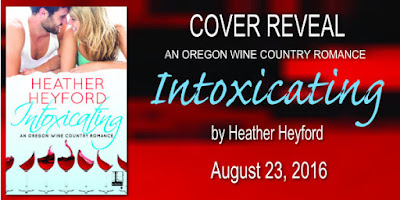 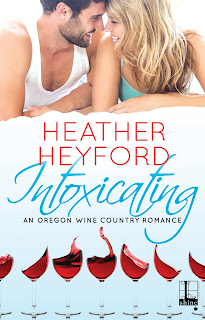 Title: Intoxicating
Author: Heather Heyford
Publisher: Lyrical Press
Genre: Women's Fiction
Format: Ecopy
In the second book of Heather Heyford’s series, set in Oregon’s wine country, having a crush takes on a whole new meaning when a lady sommelier teams up with the hottie from her high school days . . .

The Girl Most Likely . . .
to be a waitress at her hometown café. That’s what Clarkston’s high school yearbook said about Poppy Springer ten years ago and that’s where the beauty queen is today. But that’s about to change now that Poppy has been offered a position as a lady sommelier at a cutting-edge new restaurant. Only Poppy has an embarrassing secret that could keep her from landing her dream job. A secret her high school crush seems determined to help her with . . .

The Man Most Wanted
In high school, Heath Sinclair may have been voted most likely to blow something up, but these days the sexy science prodigy is a self-made success story with his popular microbrewery and chiseled good looks.  So why is Clarkston’s most-eligible man so hell-bent on helping Poppy prove that she is more than her reputation? Could it be the enigmatic bachelor has a hankering for the girl who got away? 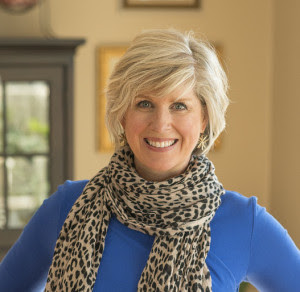 Born in the Northeast, Heather Heyford learned to walk and talk in Texas, and then moved to England. “Ya’ll want some scones?” While in Europe, Heather was forced by her cruel parents to spend Saturdays in the leopard vinyl back seat of their Peugeot, motoring from one medieval pile to the next for the lame purpose of ‘learning something.’ What she soon learned was how to allay the boredom by stashing a Cosmo under the seat. Now a recovering teacher, Heather writes love stories, feeds hardboiled eggs to suburban foxes, and makes art in the Mid-Atlantic. She is represented by the Nancy Yost Literary Agency (NYLA, @nyliterary) in New York City.